ADRENALINE IN THE SAND!, THERE IS NO BETTER WAY TO ENJOY THE DUNES OF MEDANOS DE CORO NATIONAL PARK! 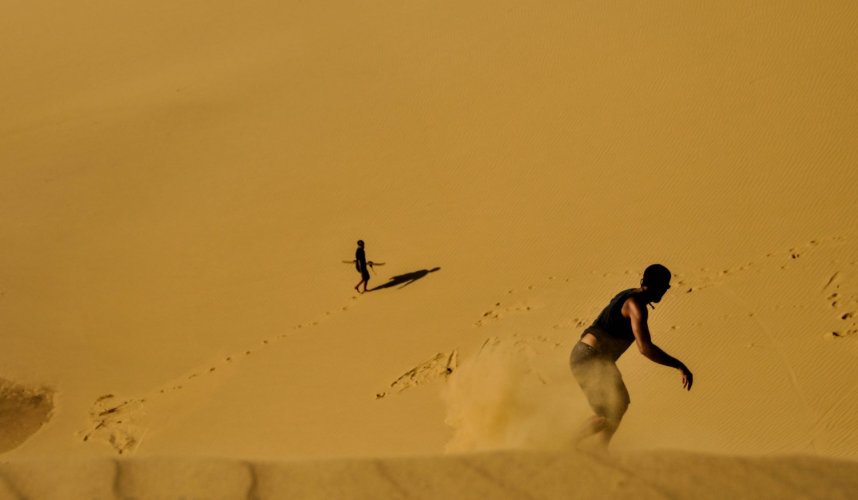 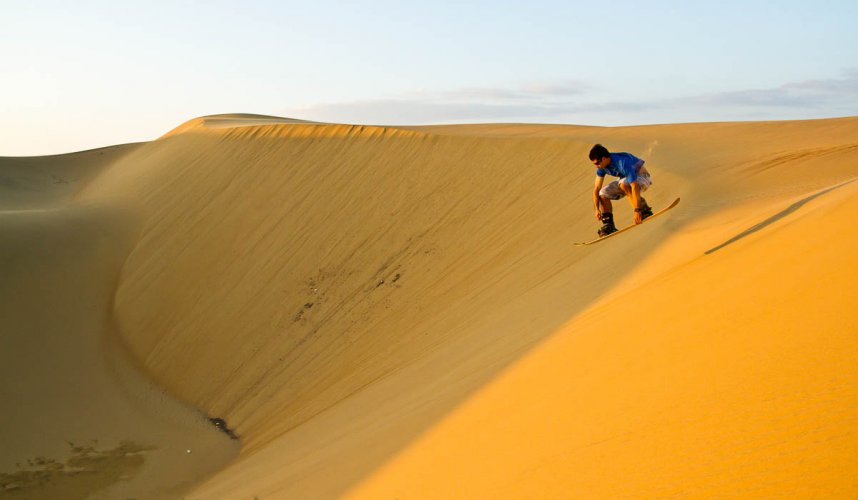 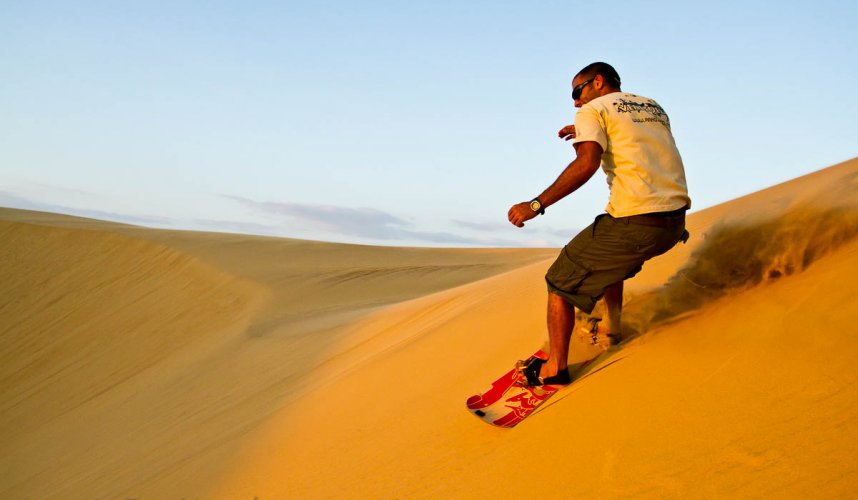 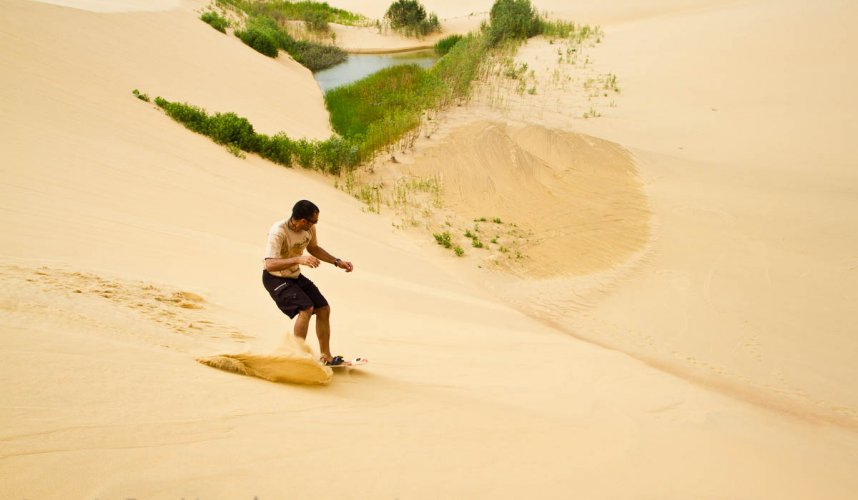 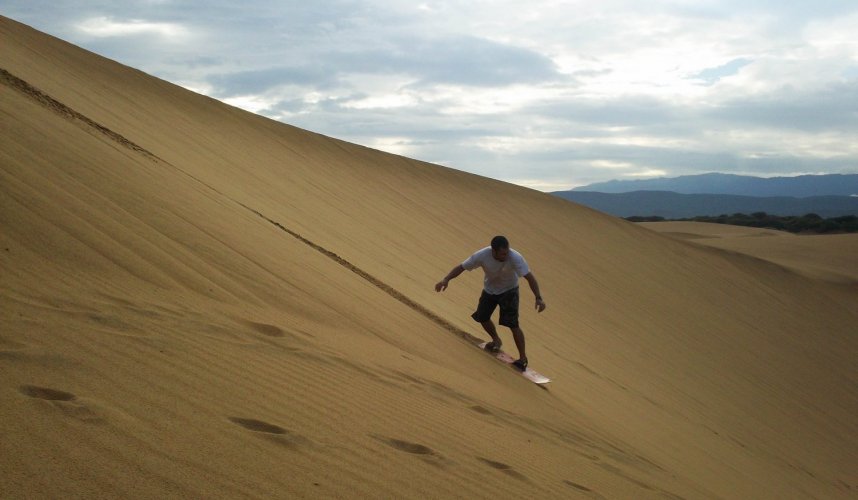 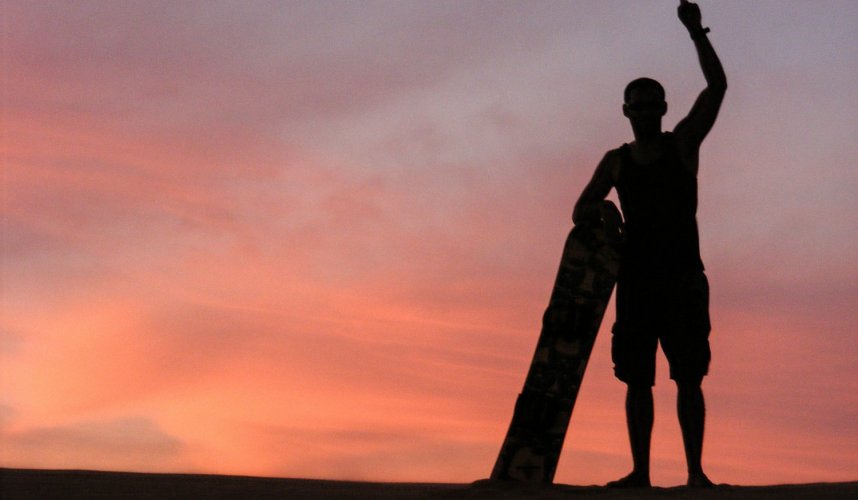 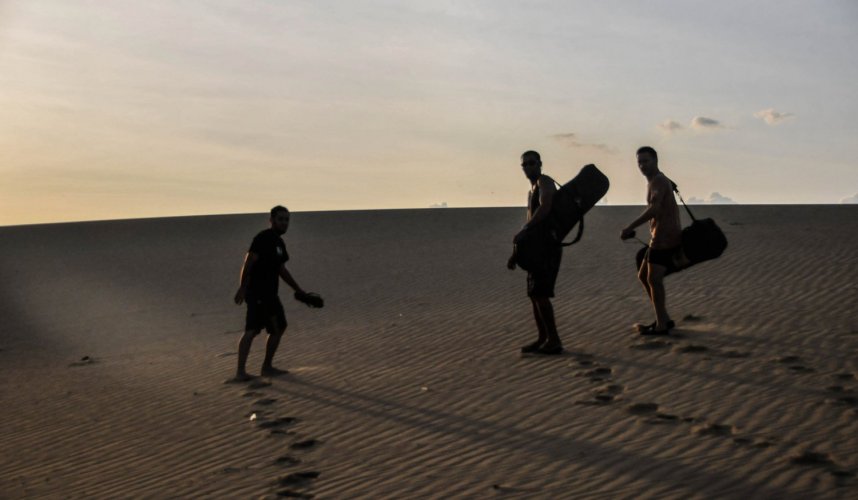 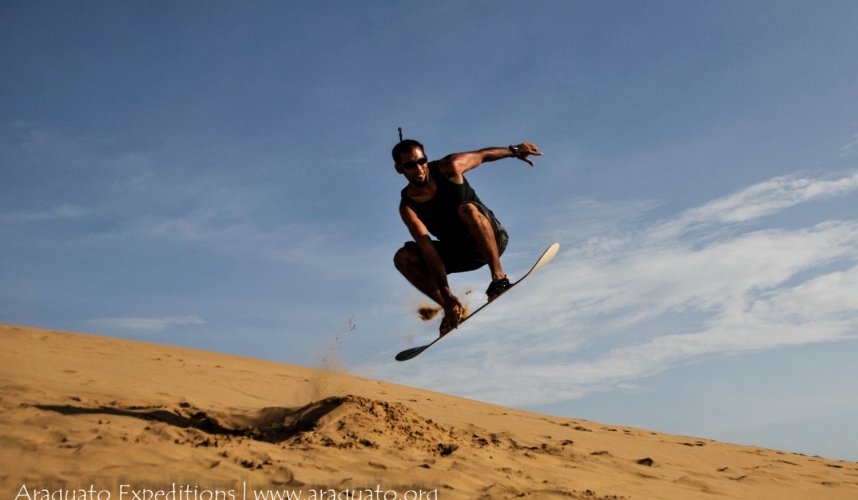 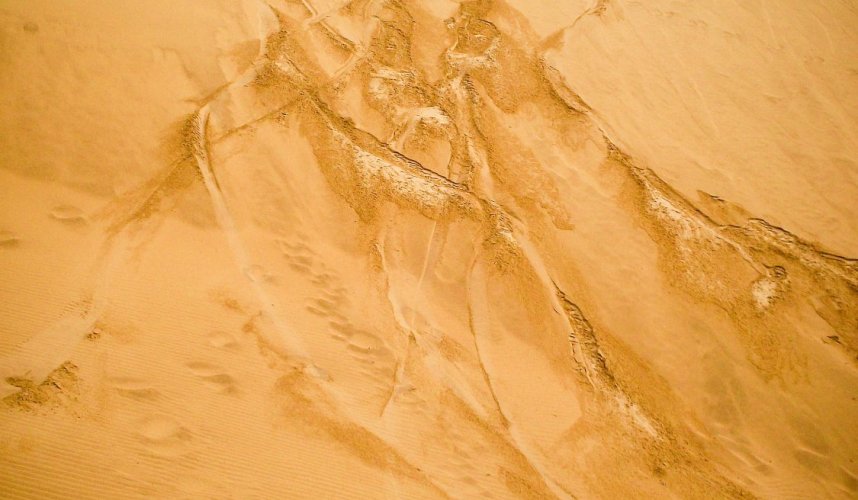 Declared a national park in 1974 to protect the dunes isthmus connecting the Paraguan├Ī Peninsula with the mainland, Los Medanos de Coro is an important reference of Venezuela attractions and are visited by thousands of people around the world. Its large dunes, scattered in about 6 km2 and with an average height of 50-100 meters offer an excellent "sand-park" to practice sandboarding: A growing extreme sport born in Brazil, which consits in surfing┬Ādown sand dunes using a board specially made for this purpose.

The sandboarding was created by surfers on the island of Santa Catarina - Brazil as an alternative to surfing the days when the sea had little waves. Today has a lot of practitioners around the world, especially in the United States, Brazil, Argentina, Chile, Peru, Mexico and Namibia, to name a few, with a lot of annual events such as regional championships, national and even global, where enthusiasts "sandboarders" of many countries show their skills in both speed and driving and performing jumps and stunts.

In Venezuela and Coro

In Venezuela sandboarding is relatively recent, and in Araguato we consider ourselves pioneers in the introduction of the sport in Los Medanos de Coro. When and how? After being in contact with snowboard and practice it for several seasons in Europe, we asked ourselves if it could┬Ābe possible to surf down a dune with a snowboard and drive it as such.┬Āand ... we tried!. The response was positive and then it was just enough to consult the Internet to discover how widespread and popular the sport was in other countries where there were dunes. We got some snowboards and we started practicing and taking travelers to the dunes to whom we presented the sport. The reactions from the outset were positive and demand grew. The activity was consolidated as one of the "to do things" when visiting Coro and the dunes after Brian Kluepfel, incharge of updating the famous travel guide "Lonely Planet" went with us to do a tour of sandboarding. Satisfied with the experience and the sport itself, decided to write an article in the guide and it was thus first time the activity was outlined in an international publication. Increased demand led to the rest of the posadas and travel agencies based in Coro to get involved and practice the activity and even raided successfully in making sand boards which has resulted in the consolidation of the city and their dunes as a destination for fun practice of this extreme sport.

In the year 2012┬Āwe had the visit of two important "Sandboard"┬Āpeople: Digiacomo D├Łas from the very island of Santa Catarina - Brazil, three times world champion of "Big Air" sandboarding, and the first sandboarder to do a "double front flip" and Fabian Orsi ┬Āowner at "Sandwave" an Argentine brand,┬Āmanufacturers of boards of excellent quality. Both really enjoyed our dunes and agreed that its level is optimal for the sport.

Price of the tour:
┬Ā

We use the┬Ā"Sandwave" boards manufactured in Argentina. There are two available models:

Sandboarding is an extreme sport, so its practice, despite ofbeing of very low risk, can lead to injuries, for which we are not responsible or take any liability. Each participant assumes the practice of sandboarding at his/hers responsability and risk

We recommend to be careful with the use of cameras in the dunes, the sand is one of the worst enemies of these devices.

The practice of sand board can be combined with: a trip to the Paraguana Peninsula and the Sierra de San Luis (+1 day), a trip to Morrocoy National Park (+2 days), we can also provide connections to Merida and Barinas to visit Los Llanos (+4 days), Los Nevados (+2 days) Catatumbo (+2 days)┬Āor the┬ĀRafting tours in Barinas (+2 days).